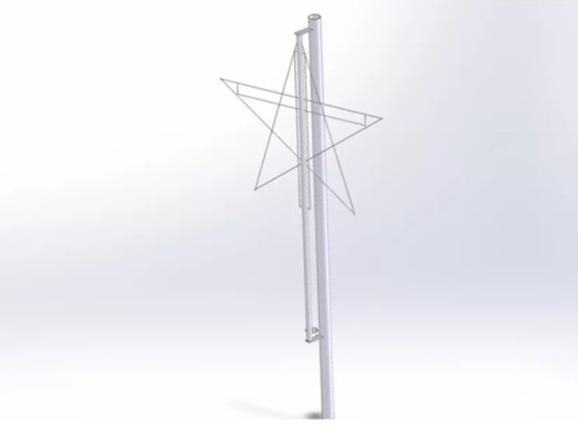 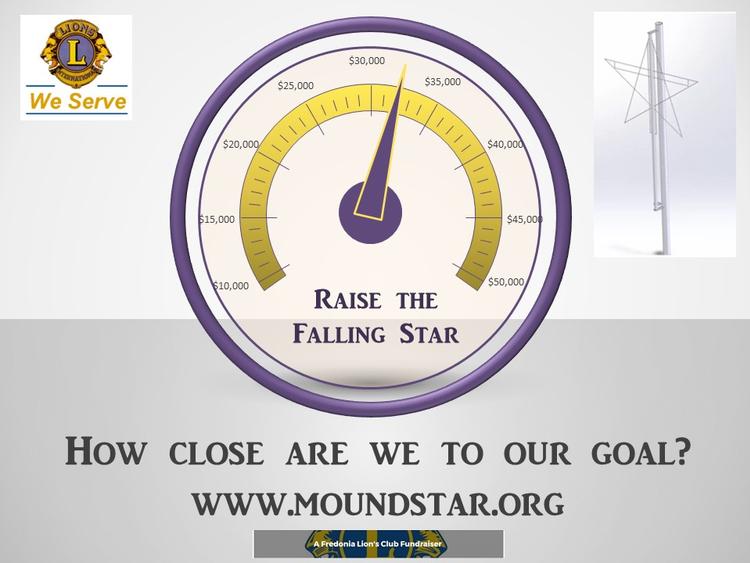 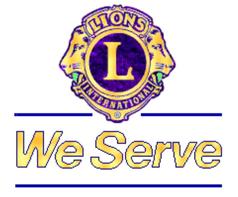 On December 23, 1955 the Fredonia Lions Club turned on the lights to the new rotating star on Fredonia's South Mound.  This project was made possible by local machinist & blacksmith extraordinaire Loren Ludlum, who is credited with its construction. Two separate lighting circuits allowed the structure to have a lighted rotating star from Thanksgiving to New Years Day and a lighted cross during the Lenten season.

In 2007 the motor allowing rotation was no longer repairable and the prevailing opinion was that the star would need to remain stationary until such a time when the motor could be completely rebuilt.  After some 50 years of relatively maintenance free operation, wear and exposure to the elements of nature caused problems to such an extent that in 2008-2009 much work and expense was invested into maintaining the light installation, but the star had not moved since.

During an inspection by Lions Club members in early 2017 it was discovered that the entire structure had deteriorated to the point that it was not feasible to perform further repairs...including repairing the framework, which had extensive rust as shown in the video below.

​With a new structure design donated by TCI Fabrication & Industrial Services, the original lighted star and cross displays were rehabilitated and reinstalled.  New LED lighting was used and framework was designed to meet modern industrial standards, with 180 degree rotation for the star. Plans are also being designed to include rotating cameras atop the structure so that Fredonians near and far can see their hometown online.  There's very little as heartwarming as the view of Fredonia at night.

Then, in late 2017, came the part where we asked for the public's help to "raise the falling star".  Our local Lions Club sought donations for this project and a funding goal was established but final costs reached somewhere near $40,000.  This project could not have been accomplished without the help of everyone who loves Fredonia.  Whether your contribution was $5 or $5000, every donor helped the Fredonia Lions Club get closer to saving a local landmark that can be seen from Highway 400 and is such a nostalgic sight in our hometown.  Additional donations will stay in the fund for future repairs and upgrades of local parks, making our town even more beautiful.

THANK YOU to everyone who helped us RAISE THE FALLING STAR! 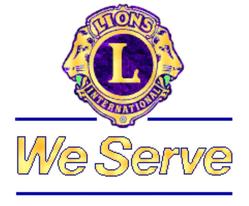 Star was taken down, repainted, and repaired for stationary use

Send us a question by using the "Contact" page